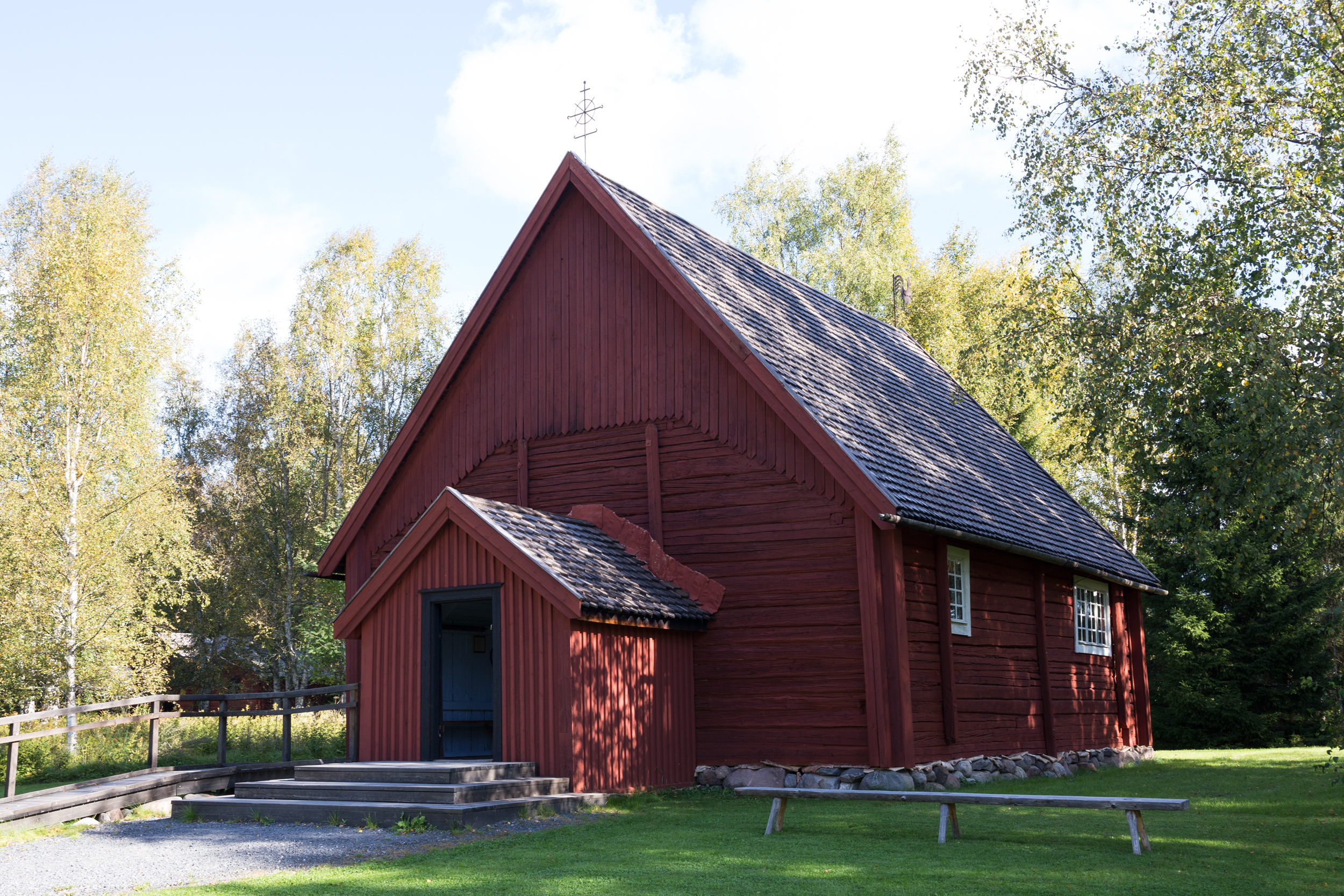 Turkansaari Church is a museum church located in the Turkansaari Open-air Museum area in Oulu’s Madekoski district. Since it is a museum church, regular services are not held there, and as such it is not the designated church of any parish in Oulu. The church does organise services in summer, and it is especially popular for weddings. The church fits about 120 people.

Oulujoki as a border river

The first written mention of the Oulujoki River as a border river is in a document from 1327. In the late 14th century, the border of the Diocese of Uppsala extended to the Oulujoki River, which was a point of discord among the Russian and Karelian merchants invoking the Treaty of Nöteborg. For Karelian merchants, the Oulujoki River was an important trade route to the Gulf of Bothnia, and the Karelians insisted on their traditional right to use it as their trade route, which caused constant conflict with the local population. A 1490 complaint by farmers from Kemi, Ii and Liminka mentions that the government forbade Russians from taking the Oulujoki River down below Turkansaari Island. Due to this prohibition, Turkankylä and Turkansaari Island developed into noteworthy trading places, which caused Turkansaari to become an unofficial border point between Russia and Sweden. The word turkka, or turku, refers to a place of trade.

Centre of trade and salmon fishing

In addition to being an important travel and trade route, the Oulujoki River was also important for salmon fishing. One of the most important ways of catching salmon was by using fishing weirs. The oldest written mentions of salmon fishing in the Oulujoki River date to the mid-16th century and specifically concern the Turkka fishing weir. It was located about 560 metres upstream of Turkansaari Island. In 1560, the weir had 80 farmers as recorded co-owners, which was the number of houses in the villages of Oulunsuu and Oulunsalo at the time.

Turkansaari Church was built on Turkansaari Island as a prayer house in 1694. According to surviving documents, Turkansaari already had a prayer house, bönehus, in 1688, but the date 21 June 1694 is carved into the wall logs above the building’s door. It is not known whether the prayer house was built by order of state authorities or at the initiative of the locals. Priests in Oulu held services in the prayer house for fishermen and locals in the area during the salmon fishing season. During the Great Northern War (from 1713 to 1721), the Russians burnt farms along the river, and there are records of an unsuccessful attempt to burn the Turkansaari prayer house as well. Gradually Turkansaari lost its significance as a trade and fishing spot in the late 18th century as trade moved to the growing town of Oulu. By the 19th century, the prayer house had fallen into disrepair and it was auctioned off to salmon fishers in 1814. The prayer house was moved to the Oulujoki delta to be used for storing the posts of the Raatinsaari fishing weir. The auction price was 29 riksdaler and 2 skilling.

From prayer house to church 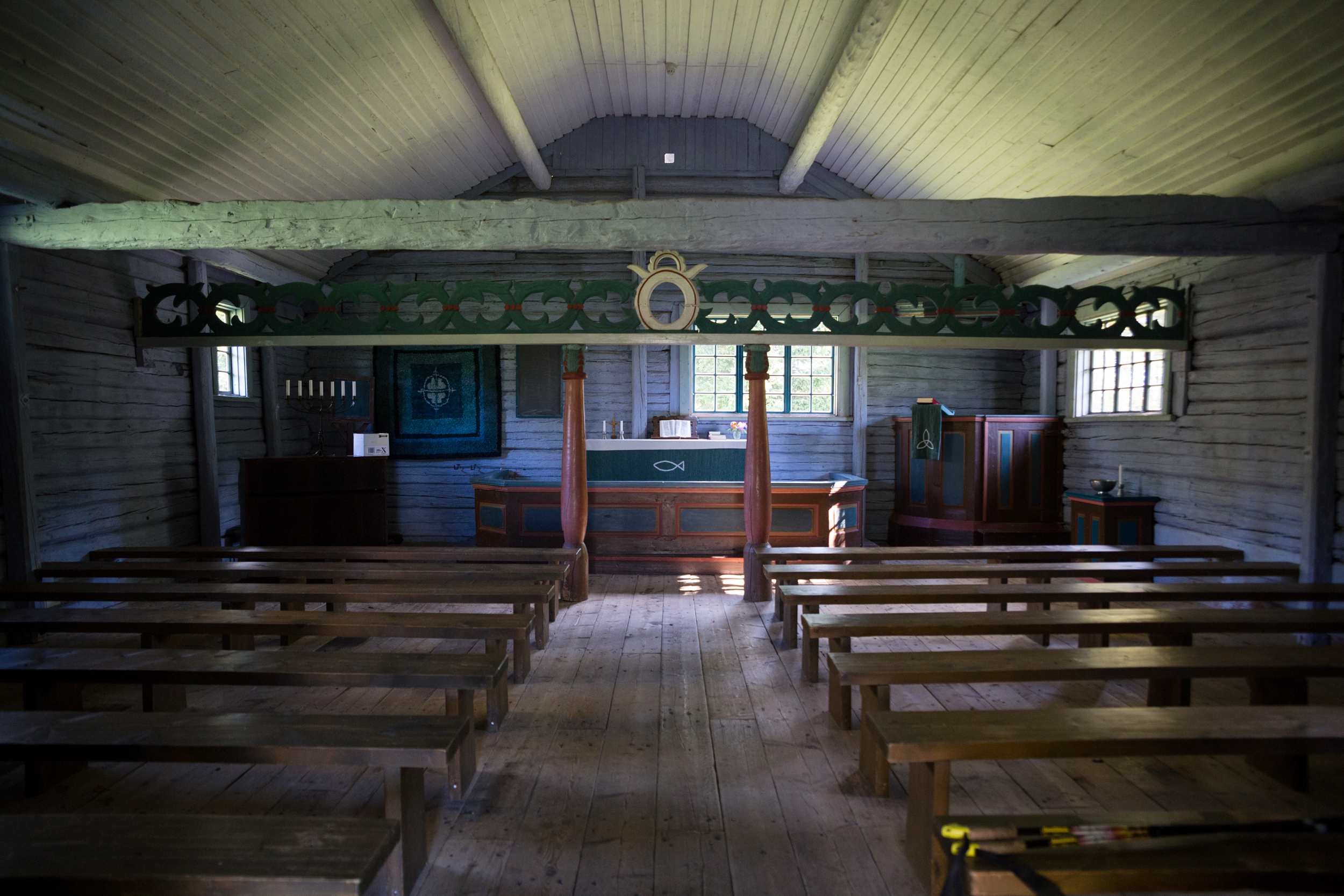 The rediscovery of Turkansaari Church occurred thanks to research into local geography and history. Using an old map from the 18th century and information passed on in local stories, Dr Östen Elfving, master of Määttä Farm, located next to Turkansaari Island and an enthusiast of local history, discovered the old prayer house. He found the prayer house in a dilapidated state, having been used as a storage facility and a horse stable, on Raatinsaari in Oulu in 1921. The building was also studied by researchers of the Finnish Heritage Agency and found to be the original Turkansaari prayer house. The actual building was studied carefully, but the thing of most interest was the assumed old location of the church, where an archaeological examination uncovered a foundation whose dimensions matched the building in Raatti. The building was dismantled and the logs were transported to Turkansaari Island over the ice in late winter 1922, and the prayer house was erected over its old foundations in 1923. The church was consecrated on 9 August 1925, which also marked the opening of Turkansaari Open-air Museum.

A shingle roof was built for the church in the reconstruction process, and the building was painted on the inside and the outside. There is no information on the original interior of the church. When the interior was being designed in the 1920s, ethnologist Samuli Paulaharju acquired a beautiful porch door, a choir pillar and a hymn board stand from Markkina Church in Enöntekiö, which originates from the same period. Similarly, the pulpit and altar were modelled after the old Sodankylä Church, which also originates from that period of time. The colours of the church are based on the women’s national costume in Southern Lapland. The crucifix relief on the altar is a replica of the crucifix from 1803 in Enontekiö Church. The relief was delivered to the church in 1993 by Enontekiö’s retired minister Eljas Kytömäki. The back wall of the church is decorated with two tablets that feature replicas of the marks left on the walls by the original church builders, as well as the signatures of speakers and priests who happened to visit the island while on their preaching journeys. The engravings are made in very similar handwriting and several of them are priests from the surrounding areas.

The outer architecture of the church greatly resembles the old church in Sodankylä, even though Turkansaari Church does not have the block pillar typical of Ostrobothnian wooden churches, which allowed extending the length of the walls easily. The layout of the church is a hall church, which means that it is a rectangle shape. Architecturally, both the interior and the exterior of the church are closer to the fisher chapel idiom than a traditional Ostrobothnian hall church.

Take a journey back in time on the idyllic Turkansaari Island. Near the city of Oulu, you can find a historic rural landscape and great natural beauty. On the island, you’ll step into the past. Turkansaari will tell you stories of the countryside in the north; the everyday farm life as well as special times of celebration. Turkansaari Open-air Museum is located on three islands upstream of Oulu city centre on the Oulujoki River. The museum is the second oldest open-air museum in Finland, with the consensus that it was established in 1925. That year, the wooden church from 1694 on the island was consecrated again. Buildings from other locations have been transported and conserved on the museum islands, such as an old vicarage from Yli-Tornio, the Sorvo house from Sanginjoki and the Yli-Juurus house from Maikkula.