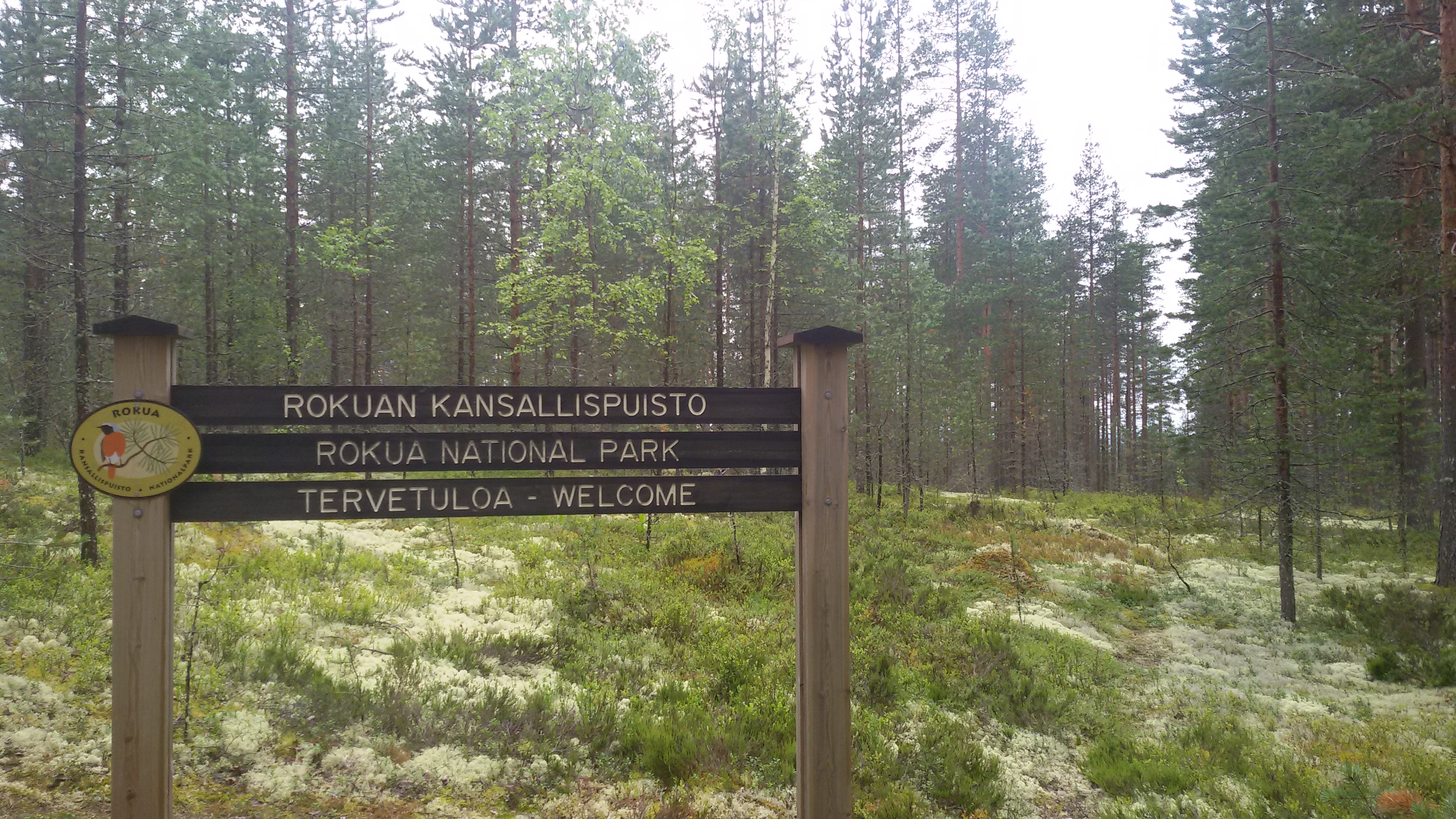 Rokua National Park is located in the regions of Muhos, Utajärvi and Vaala in North Ostrobothnia. The park was founded in 1956 to conserve the valuable biotopes and terrains of Rokuanvaara Hill. The park is especially known for its old natural-state pine forests and its terrain shaped by the Ice Age. Rokuanvaara esker ridge was formed in the latter stages of the latest ice age as the glacier waters accumulated a large amount of fine soil in the area. Characteristics of the Rokua scenery include lichenous areas, pine forests and kettle hole lakes.

The national park has marked trails, a Sámi-style hut, fire pit and informational signs about the surrounding nature. Hiking trails connect the national park to the accommodation and tour services in the Rokua region. For accommodation, please contact the local service providers directly. The woods in the park mostly consist of pine trees, and the ground is mostly covered by lichen and sprigs with virtually no shrub-level growth. Rokua National Park comprises an area of 15 square kilometres. The park covers the most valuable part of Rokuanvaara Hill. Rokuanvaara is part of an esker ridge that stretches from Ilomantsi on the eastern border of Finland to Hailuoto Island, just off Oulu. 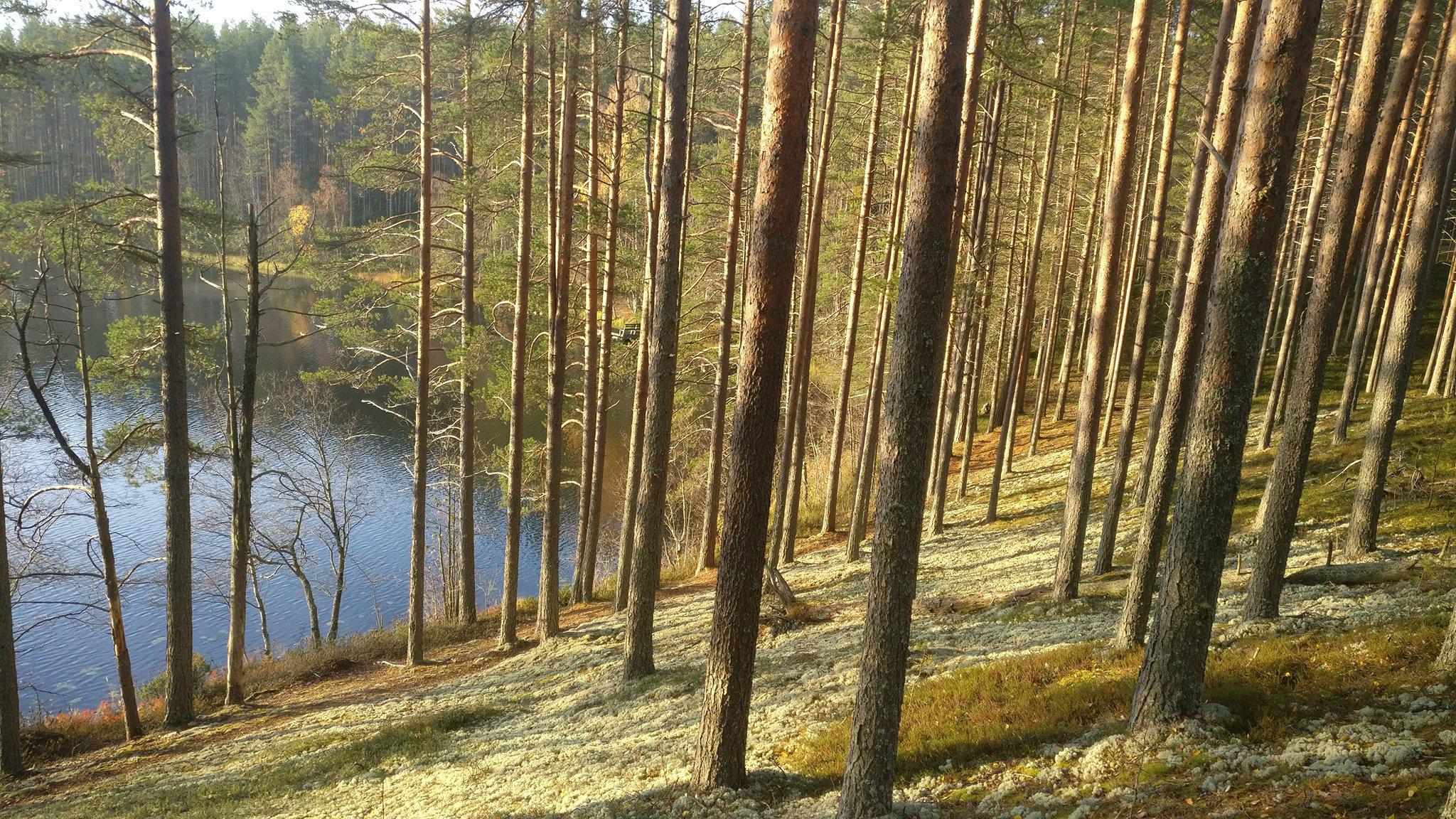 The Rokuanvaara region includes areas in the regions of North Ostrobothnia and Kainuu and in the municipalities of Muhos, Utajärvi and Vaala. The three municipalities develop tourism in Rokua in cooperation with local accommodation businesses and the state-owned enterprise Metsähallitus. The Rokua area combined with the Oulujoki River Valley and the Niskanselkä area in Oulujärvi Lake constitute a UNESCO Global Geopark. The Geopark network consists of geologically unique areas where geology has been included in tourism and educational activities.

The Keisarintie Road on the southern border of Rokua National Park is part of the old route between Oulu and Kajaani. Work to clear the route was begun when Kajaani Castle was being constructed. The road was built to connect the castles of Kajaani and Oulu; an important motive of building the road was defending the nation. Once finished, the road would stretch from Oulu to Säräisniemi on the south bank of Oulujärvi Lake, from where the journey towards Kajaani continued along the river – either by boat or on the ice. The Keisarintie Road was completed in the 1610s to be used by soldiers, officials and merchants. Post from Viipuri to Oulu was also carried along Keisarintie. Even after the road was completed, larger volumes of goods were still carried on the Oulujoki River.

Keisarintie (“Emperor’s road”) was named after the Emperor of Russia, Alexander I. The Emperor was meant to travel the road from Kajaani to Oulu on his visit to Finland in 1819. However, travel plans had to be changed due to a sudden autumn storm. Instead, King of Sweden-Finland Gustav II Adolf travelled the road in the winter of 1622 on his return from the Livonian War by way of Vyborg to attend the Parliamentary Session in Stockholm. The usual route across the Gulf of Finland was of course frozen at that time, and taking the journey by land through Vyborg, Savonlinna, Oulu and Haaparanta to Stockholm was the best – if not the only ¬– option. In the past, the road has also been called Kuninkaantie (“King’s Road”) after the Swedish ruler.